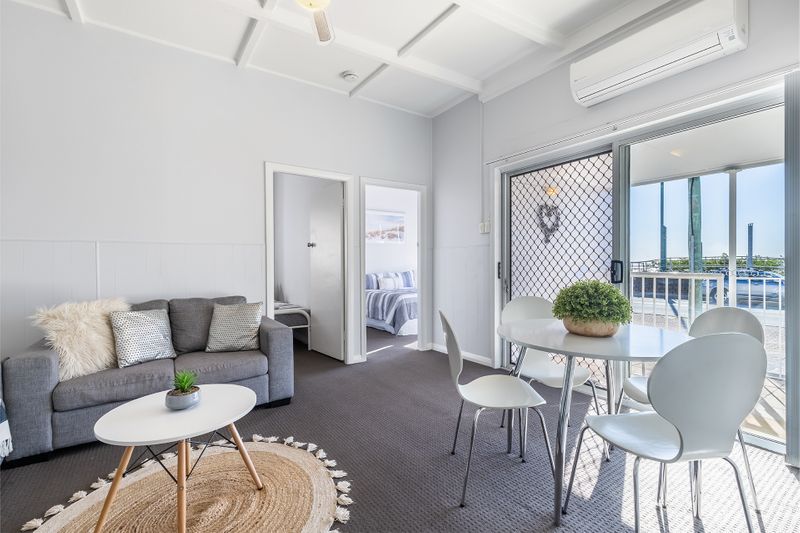 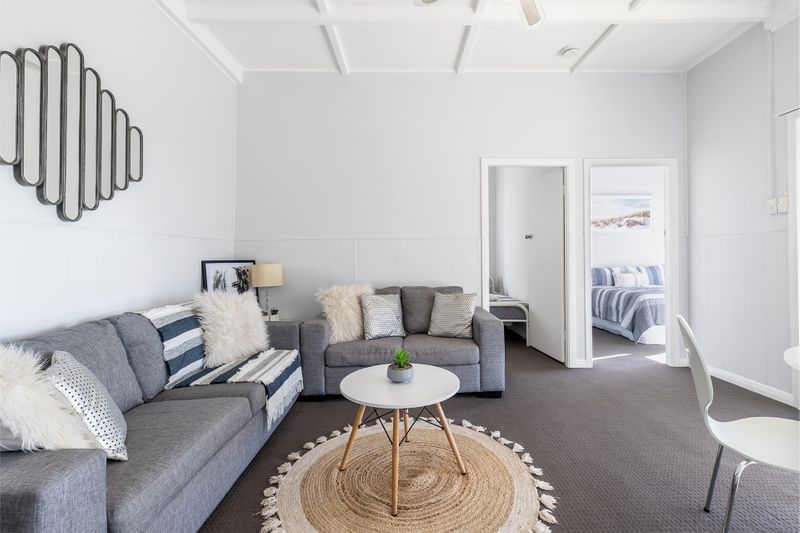 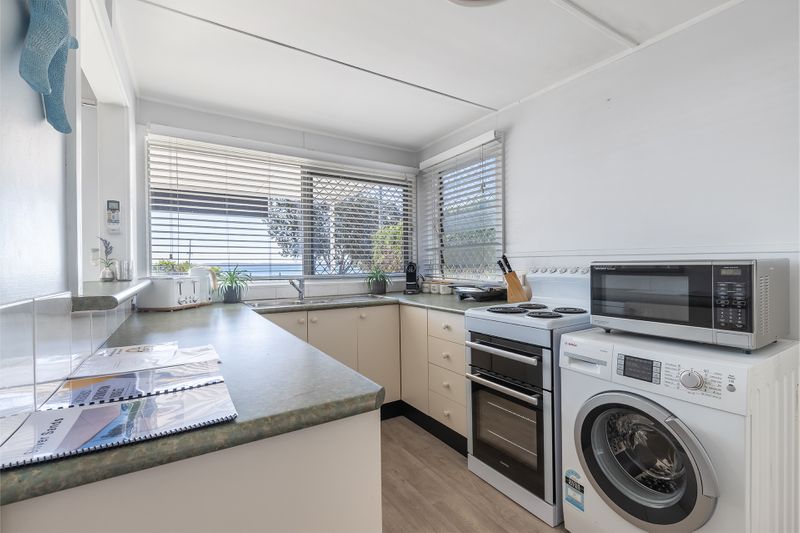 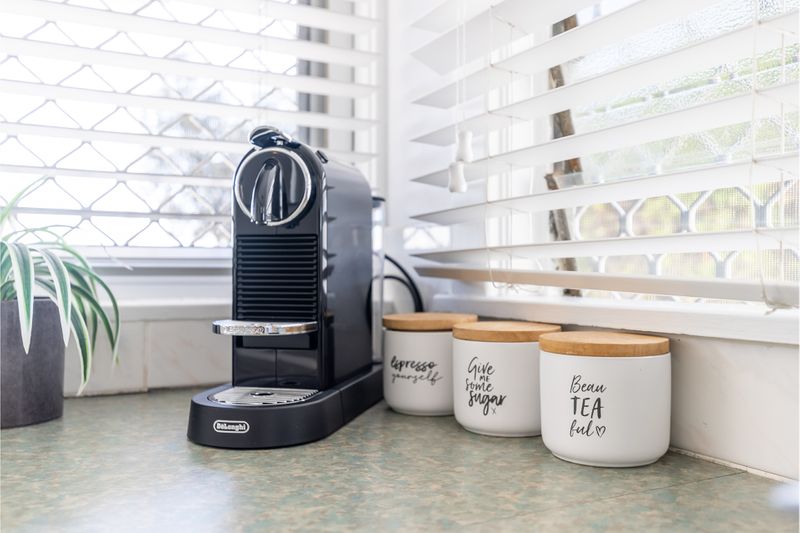 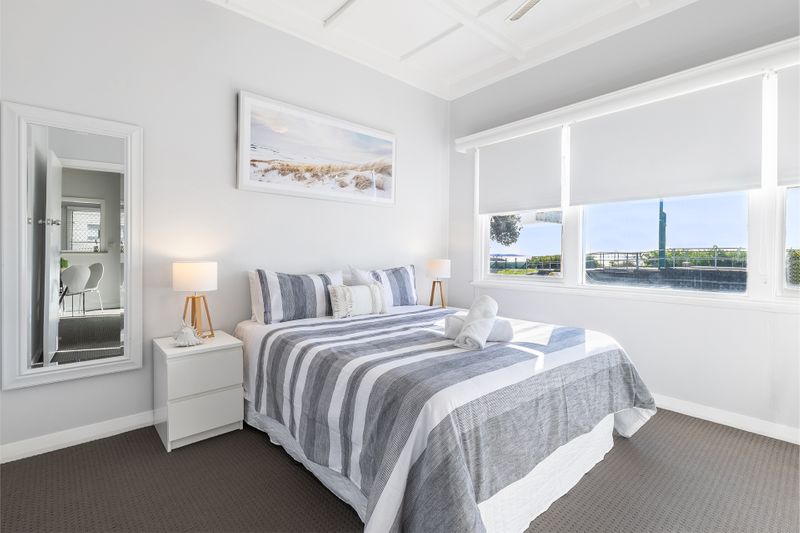 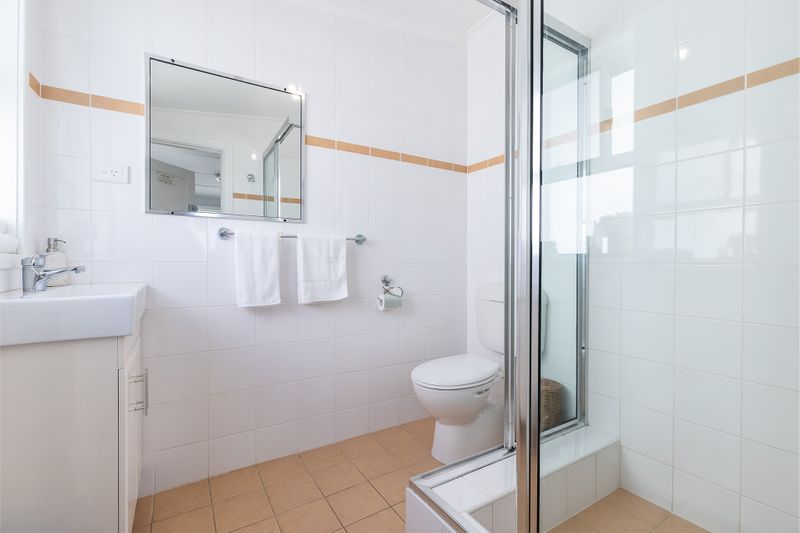 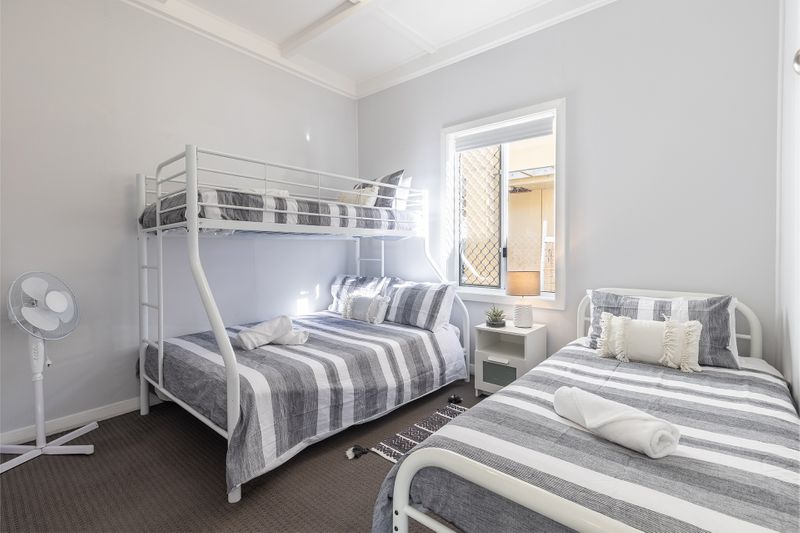 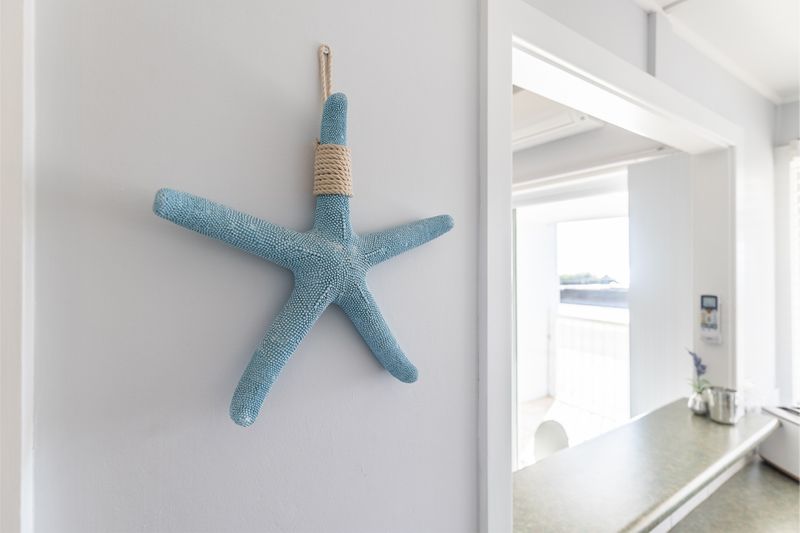 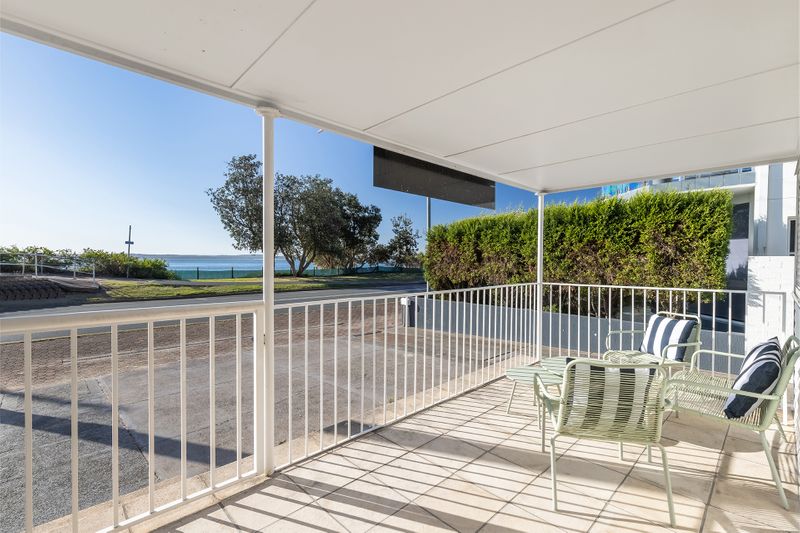 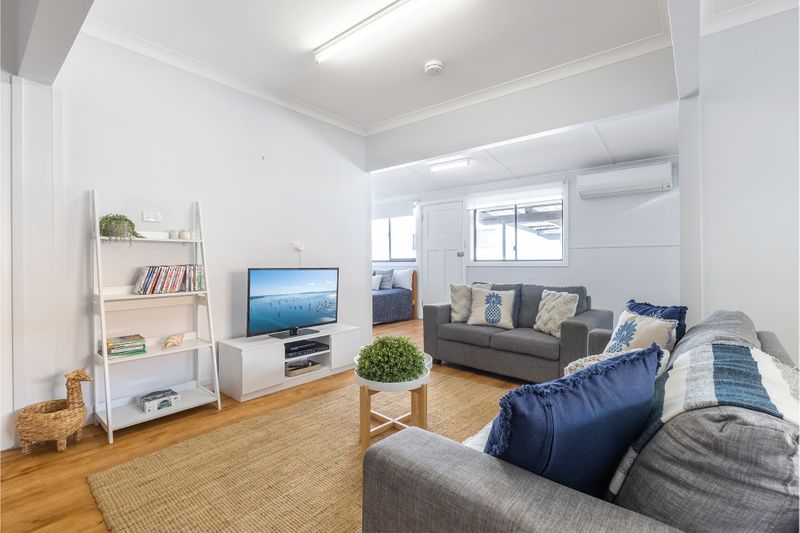 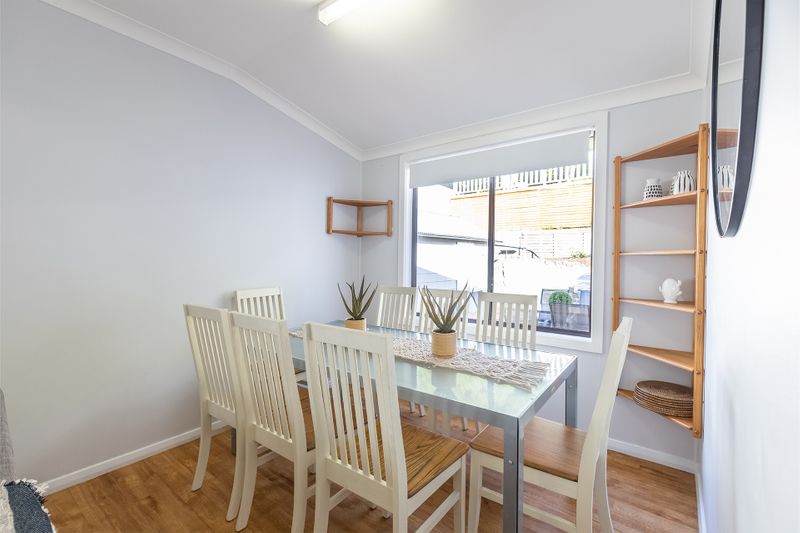 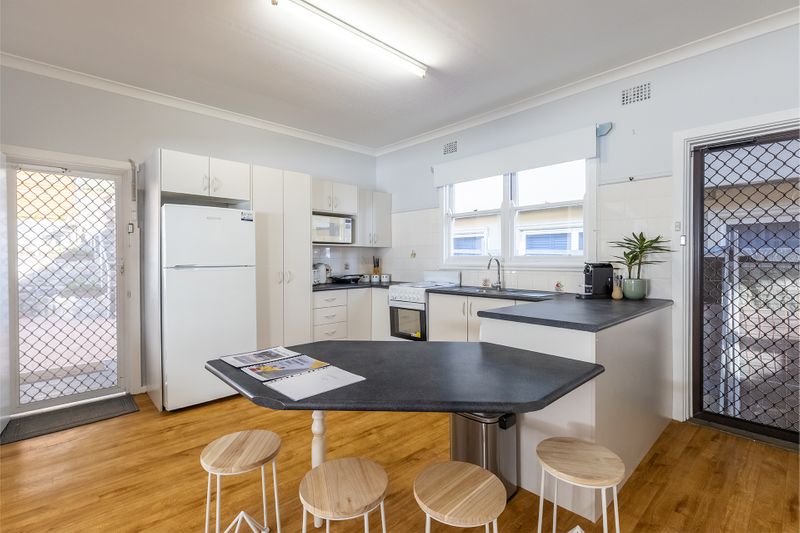 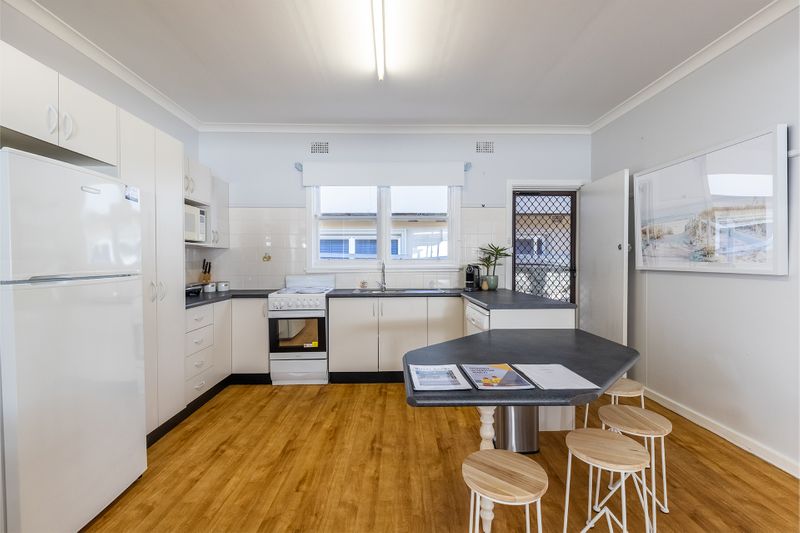 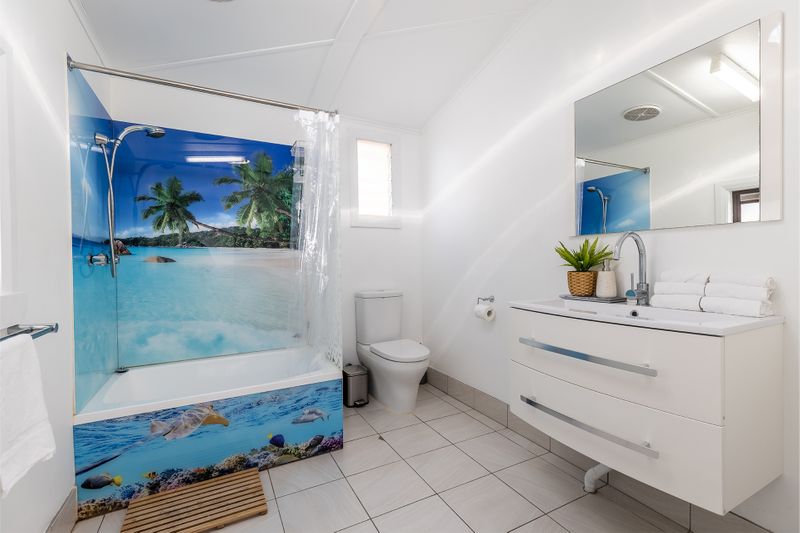 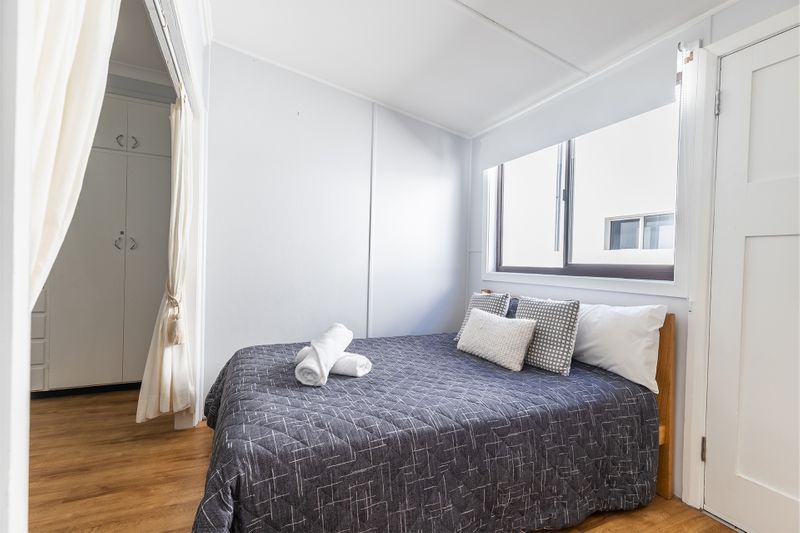 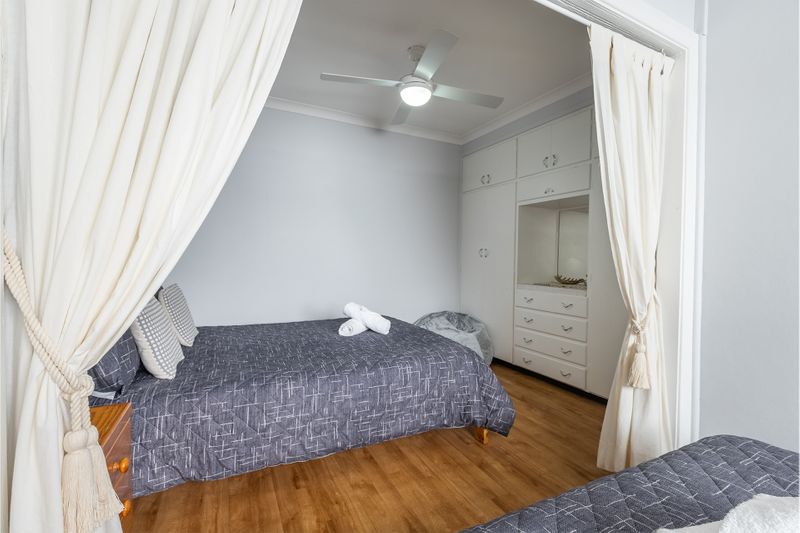 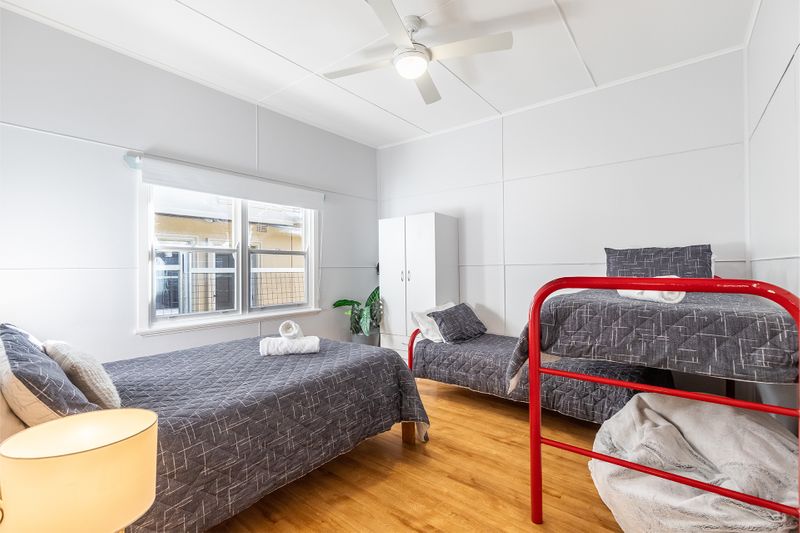 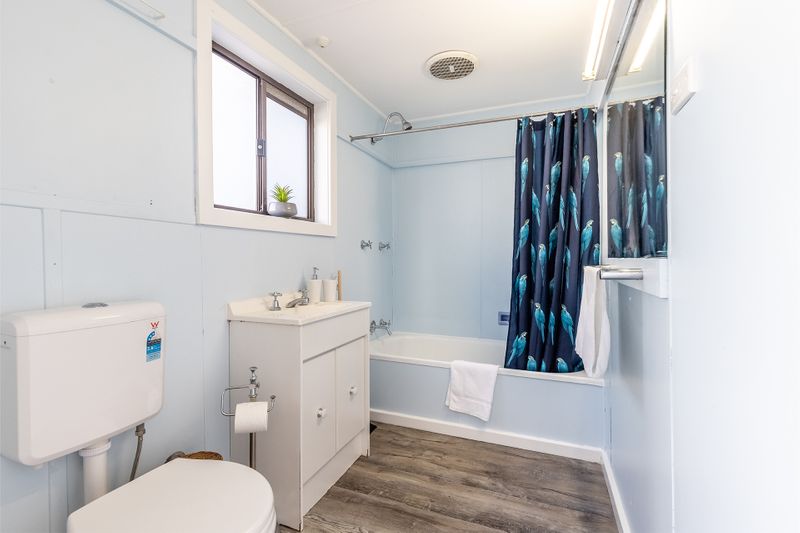 Silver Sands House is on Victoria Parade and across the road from Nelson Bay Beach and the foreshore walk. Only a 600m level walk to the Marina with it's cafe's and restaurants or Nelson Bay CBD boutique shopping precinct. Fly Point Reserve is only 350m away in the opposite direction which is a popular scuba diving and snorkeling spot with a large grassed area for a picnic and public BBQ's.

29A Front is a single level ground floor duplex and looks straight across to the beach from the front porch, living area and kitchen. It captures the sea breezes and beautiful bay water views. The carpeted living area is open plan and has air conditioning, a flat screen TV, two 2 seater lounges and a small dining table with chairs. A glass sliding door takes you out to an undercover balcony with table and chairs. The full kitchen has an upright stove, microwave, dishwasher, fridge and a front loader washing machine. A Nespresso coffee pod machine is also provided.

The main bedroom has a double bed and ceiling fan and the second bedroom has a tri bunk and a single bed. The bathroom features a shower, basin with a large mirror and a toilet.

Silver Sands Back (29B) is the back half of this gorgeous beach house. It has off street parking for 2 cars, a courtyard with built-in BBQ and a large viewing deck at the back of the property that looks over the house to the water and boats beyond.

29B has floor boards throughout. The living area is air conditioned and offers a flat screen TV, two lounges and beanbags, dining alcove plus an eat in kitchen equipped with microwave, upright stove and oven, dishwasher and fridge. There is also another alcove with a double bed with a privacy curtain that separates this from a double bedroom with a built-in wardrobe and dresser. The main bedroom is separate and offers a double bed and one set of single bunk beds. There are two bathrooms in the duplex; one with a large vanity, toilet and a feature bath, the second has a vanity, toilet and a shower. Outside at the back of the duplex is a separate external laundry with a washer and dryer. There is an open patio area with a table and chairs.

NOTE: If you don't have a large group and don't need to sleep 14 people, why not look up the separate listings for Silver Sands Front 29A (sleeps 6) or Silver Sands Back 29B (sleeps 8).

There are no Reviews for this property.

Please click on the nights you wish to stay or select dates in the form below.